Penguin Random House's planned acquisition of rival Simon & Schuster was blocked by Judge Florence Pan of the US District Court for the District of Columbia on November 21. Judge Pan's decision is significant because she accepted the Department of Justice's (DOJ) theory that the merger would lead to lower compensation for best-selling authors. This case is distinguishable from most previous merger challenges because it focused on the transaction's increasing concentration in the purchase of goods or services rather than their sale.

Penguin and Simon & Schuster are two of the "Big Five" publishing houses. Judge Pan concluded that the post-merger entity would control 49% of the market for the publishing rights to so-called "anticipated top-selling books," or those that come with an author advance of $250,000 or more. Judge Pan accepted the government's narrow market definition and price discrimination theory that focused on author/labor compensation as a metric of harm. The parties have since abandoned the transaction. This decision may embolden the DOJ and Federal Trade Commission (FTC) to challenge more transactions based on the impact on labor and salaries rather than the impact on consumer prices.

The Justice Department's win in Penguin follows a string of losses last quarter, some of which have pending appeals:

On December 8, 2022, the FTC brought suit to stop Microsoft's $68 billion acquisition of Activision, Inc., a vertical deal in the online gaming space involving nascent markets where competition is still evolving. The online gaming arena is transitioning from a console-based marketplace to streaming and cloud-based services for gaming. This enforcement action demonstrates the FTC's aggressiveness in challenging vertical transactions in technology markets. Microsoft has announced its commitment to behavioral remedies that it says will preserve competition by supplying Activision games, such as the highly popular game "Call of Duty," to Microsoft's gaming system and game streaming competitors. However, the FTC, similar to the DOJ's challenge to Penguin Random House's horizontal acquisition of Simon & Schuster, is unwilling to accept behavioral remedies. Nevertheless, some courts have rejected FTC and DOJ challenges where the parties promised to comply with behavioral commitments.

On January 18, 2022, The FTC and the DOJ launched a joint public inquiry soliciting input on ways to modernize the federal merger guidelines. The federal enforcement agencies voiced concerns over increased market concentration across many industries. The issues of interest involve reevaluating the agencies' positions on the types of transactions that should be viewed as presumptively anticompetitive, market definition, so-called "nascent" competition, buyer-side monopsony power (with an acute focus on labor markets) and digital (i.e., "tech") markets. The new merger guidelines, expected to be released in Q1 of 2023, will likely be a major overhaul of the prior guidelines and empower the agencies to bring enforcement actions in line with theories applied in recent investigations and merger challenges.

Congress' $1.7 trillion fiscal year 2023 spending package includes meaningful changes to merger filing fees. The Merger Filing Fee Modernization Act will change filing fees for deals less than $1 billion to a range of $30,000 and $250,000. The Act would also increase fees for mergers greater than $1 billion, with fees ranging from $400,000 to $2.25 million. All fees will be tied to inflation through the Consumer Price Index.


On November 8, 2022, the EC launched a public consultation on its draft revised Market Definition Notice. The Market Definition Notice is being revised for the first time since its adoption in 1997, taking into account significant developments, including competition on non-price elements (such as innovation and quality), the development of digital and innovation-intensive markets, and increasing globalization.

The proposed changes, which will impact how the EC analyses transactions, provide new or additional guidance on various key market definition issues, including:

While these are only proposed changes, the final version is expected to be released in 2023, after receiving public comments.


On November 16, 2022, the UK Secretary of State for Business, Energy and Industrial Strategy (BEIS) effectively blocked a transaction in the semiconductor industry under the National Security and Investment Act 2021 (the NSI Act). Nexperia, ultimately owned by Wingtech of China, was ordered to divest its 86% controlling share of the UK-based Newport Wafer Fab (Newport), following a prolonged NSI review which commenced on May 25.

The Newport/Nexperia deal is the first example of BEIS using its powers to review transactions that closed prior to the NSI Act coming into force. The BEIS justified the prohibition on the basis of two main national security concerns: the "technology and know-how that could result from a potential reintroduction of compound semiconductor activities at the Newport site [could] undermine UK capabilities," and "the location of the site could facilitate access to technological expertise and know-how in the South Wales Cluster ("the Cluster"), [which in turn] may prevent the Cluster being engaged in future projects relevant to national security." 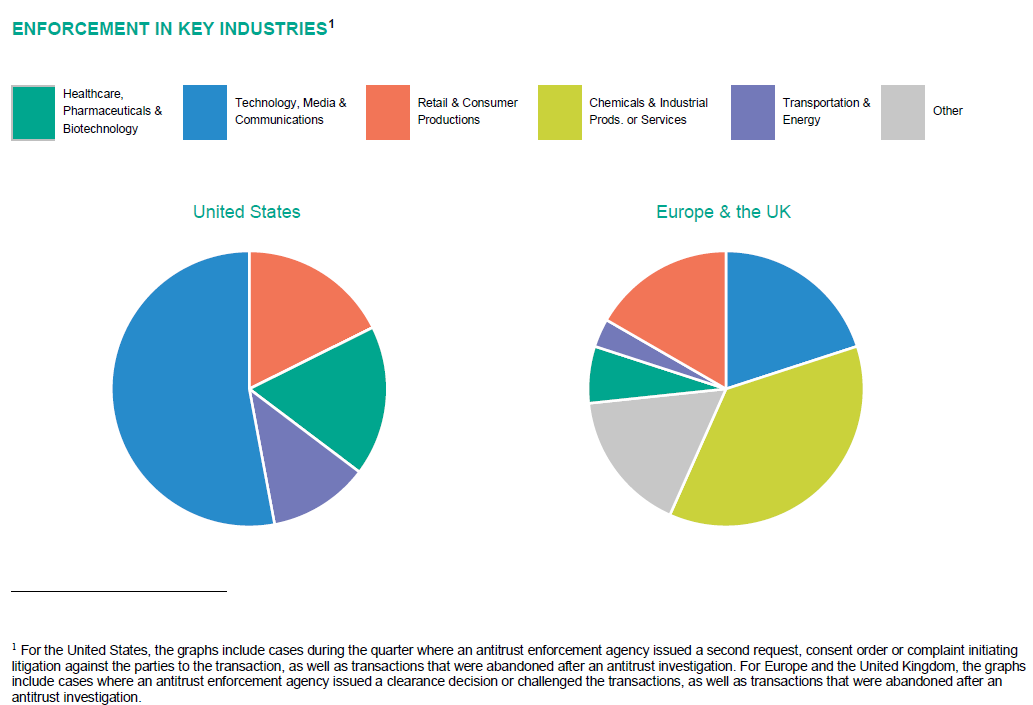 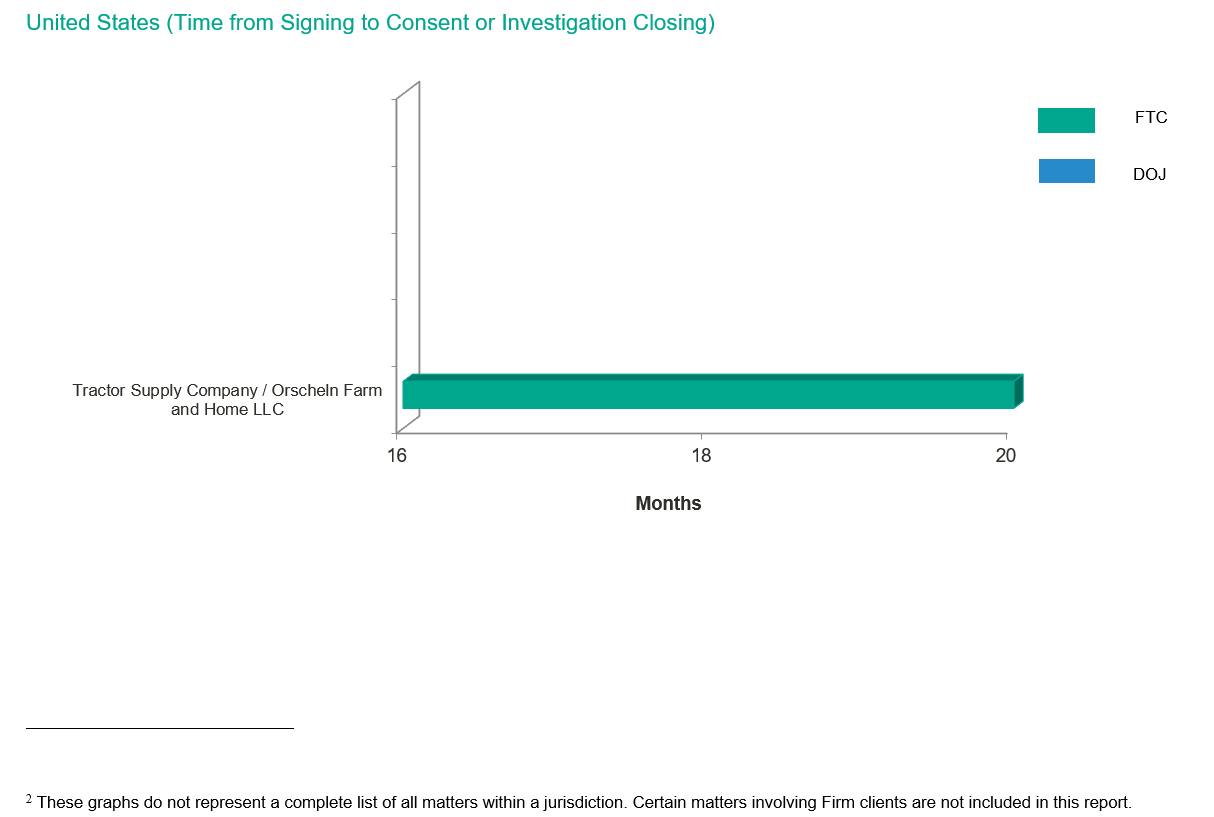 The Authors
View All Authors
More From McDermott Will & Emery

Trending in Telehealth is a new weekly series from the McDermott Digital Health team where we track telehealth regulatory and legislative activity.

That Stings: Consent to Jurisdiction Must Be Effective at Filing to Invoke Fed. R. Civ. P. 4(k)(2)

The US Court of Appeals for the Federal Circuit, on petition for writ of mandamus, vacated the district court’s transfer order and remanded the transfer to be considered under the clarified parameters of Fed. R. Civ. P. 4(k)(2) and 28 U.S.C. § 1404.

The US Court of Appeals for the Federal Circuit reversed a ruling by the Patent Trial & Appeal Board (Board) where, on appeal, the US Patent & Trademark Office’s (PTO) rationale for sustaining the Board’s obviousness rejection did not reflect “the reasoning or findings the Board actually invoked.”

Putative class action lawsuits asserting that personal care products and cosmetics are not “green,” “natural,” or “sustainable” despite being labeled or marketed as such are likely to continue to increase in 2023.

In 2022, the Department of Justice (DOJ) and the Securities and Exchange Commission (SEC) obtained nearly $1 billion in total fines and penalties related to Foreign Corrupt Practices Act (FCPA) violations, making 2022 one of the top 10 highest grossing years with regard to enforcement penalties in the 45-year history of the FCPA.

The Judicial Panel on Multidistrict Litigation (JPML) received fewer requests to create new MDLs over the past year (granting only a handful), yet the few that were created are likely to be significantly larger than average MDLs of years past.