Parties continue to be cautious in litigating challenged transactions. Since January 2021, the US Federal Trade Commission (FTC) and Department of Justice (DOJ) filed lawsuits (or threatened to sue) to block 16 transactions. Of those transactions, 12 were abandoned and six are in various stages of litigation.

Of the 12 abandoned transactions, four were abandoned by the parties pre-suit, following in-depth investigations by the FTC, but before the issuance of a complaint. The other eight were abandoned after the FTC or the DOJ filed a complaint initiating litigation.

The data suggest that the FTC's and DOJ's aggressive merger enforcement policy is raising the stakes for parties to potential mergers and acquisitions, including an increased willingness by the agencies to litigate potentially problematic transactions. Of the 16 challenged transactions, two-thirds were led by the FTC. The DOJ, however, is currently in trial challenging three mergers and waiting for the decision on a trial that was recently completed. The agencies challenged mergers in all sectors, but the healthcare industry was the most heavily targeted.

In recent remarks, FTC and DOJ personnel have emphasized a heightened interest in mergers and acquisitions in the healthcare and pharmaceutical sectors. In a June 2022 workshop on antitrust merger enforcement within the pharmaceutical industry, agency speakers emphasized their ongoing work to revise the Horizontal Merger Guidelines to focus on competition in research and development. Agency leaders also questioned whether it is appropriate to continue their longstanding approach to resolving competition concerns to pharmaceutical mergers with limited structural remedies (i.e., divestitures of overlap products) rather than outright blocking problematic transactions.

The FTC also recently announced the creation of a pharmaceutical merger task force and a study into the pharmaceutical benefit manager (PBM) industry. Antitrust enforcers expressed concerns over high drug costs and the importance of innovation in evaluating anticompetitive effects within the healthcare sector. The FTC also issued a policy statement on rebates and fees paid by drug manufacturers to PBMs in exchange for lower drug costs. In that policy statement, agency leaders reiterated concerns regarding high drug prices and put manufacturers on notice that the FTC will continue to use its enforcement authority to combat concentration within the industry.

Although the FTC announced only four consent orders requiring divestiture during this quarter, two of the orders were based on allegations that the merger could pose a future threat to competition. In April, the FTC issued a complaint against Hikma Pharmaceuticals, PLC's acquisition of Custopharm, Inc., regarding injectable corticosteroid drug triamcinolone acetonide (TCA). While Hikma Pharmaceuticals does not currently manufacture an injectable TCA, it is developing a product that is expected to launch in the near future. Custopharm already produces an injectable TCA, and the complaint alleged that the acquisition would lead Hikma Pharmaceuticals to stop developing its injectable TCA. To remedy this potential harm, the FTC required Hikma to divest the Custopharm marketed drug rather than Hikma's pipeline drug. In June, the FTC also required a divestiture in Medtronic, Inc.'s proposed acquisition of Intersect ENT, Inc. The FTC alleged that Medtronic was the dominant competitor for ear, nose and throat (ENT) navigation systems and, through the acquisition, Medtronic would eliminate a "nascent competitive threat," with Intersect recently having obtained regulatory approval to compete in that market. These consent orders demonstrate the agency's continued focus on innovation and potential competition theories to demand divestitures.

Private equity firms seeking to consummate transactions should expect longer reviews as the FTC and DOJ scrutinize roll ups (i.e., when a private equity firm acquires several companies in the same market). FTC Chair Lina Khan expressed alarm in an interview with the Financial Times about the "life and death consequences" of buyout groups owning broad sectors of the economy and warned that the agency is exploring how to sharpen its toolkit for enforcement. DOJ officials, likewise, have committed to aggressive action regarding private equity firms, particularly under Section 8 of the Clayton Antitrust Act, which prohibits anyone from serving as a director or officer of any two competing companies.

Parties involved in a private equity transaction should expect an increased prevalence of novel theories in analyzing the harmful effects of an acquisition. Historically, the FTC and DOJ have focused their analyses of anticompetitive harm primarily on price, but recent private equity transactions have also considered the impact on jobs and innovation. A few acquisitions even received second requests initiating in-depth investigations despite no horizontal or vertical relationship between the parties. Firms should prepare for potential inquiry into effects on separate product markets and an expansion beyond the traditional review of geographic markets.

Further, the antitrust agencies have expressed disapproval of private equity firms as divestiture buyers in consent decrees. Repeat players in the same industry should prepare for scrutiny beyond Hart-Scott-Rodino Act (HSR) reportable acquisitions, as the agencies may consider consummated and/or non-reportable acquisitions in evaluating the impact of a long-term corporate strategy. The DOJ has also expressed concern with HSR "filing deficiencies" in the private equity space, so firms are advised to work closely with counsel to ensure proper compliance.

The draft revised Implementing Regulation and the Notice on Simplified Procedure propose a number of changes, including to (i) expand and clarify the categories of cases that can be treated under the simplified procedure, (ii) introduce refined safeguards so that the simplified procedure does not apply to cases that merit a more detailed review, (iii) ensure effective and proportionate information gathering, by introducing a new notification form for simplified cases in a "tick-the-box" format, (iv) reduce and clarify information requirements to streamline the review of non-simplified cases, and (v) introduce electronic notifications and the possibility for the parties to submit certain documents electronically.

The Commission will further revise the drafts with the objective of having the new rules in place in 2023.

On June 30, 2022, the European Council and the European Parliament reached a provisional political agreement on the Foreign Subsidies Regulation. The Foreign Subsidies Regulation provides for new mechanisms, running alongside the EU merger control rules, that would enable the Commission to address the potential distortive effects of foreign subsidies in the EU internal market.

The Foreign Subsidies Regulation provides for two investigation tools that could have an impact on mergers. First, the Commission would be able to review transactions (i) where at least one of the merging undertakings or the acquired company generates at least €500 million of turnover in the EU and (ii) which involves a foreign financial contribution (i.e., subsidy) of at least €50 million received in the three financial years prior to notification. If a transaction meets these requirements, the transaction should be notified to the Commission prior to its implementation.

The Foreign Subsidies Regulation will enter into force once it is formally adopted by the Council and the Parliament and published in the Official Journal. It will become directly applicable in the EU six months after entry and the notification obligations will start to apply nine months after entry.

With regard to mergers, the UK government proposed several important changes, including:

On June 14, 2022, the UK Competition Appeal Tribunal (CAT) largely upheld the CMA's decision to block Meta's acquisition of Giphy. In November 2021, the CMA concluded that Meta's acquisition of Giphy would allegedly reduce competition between social media platforms and that the transaction allegedly removed Giphy as a potential challenger in the display advertising market. The CMA alleged that competition concerns arising from the acquisition could only be removed if Meta divested Giphy to an approved buyer. In December 2021, Meta filed an appeal against the CMA's decision challenging (i) the CMA's findings that the acquisition would result in a horizontal substantial lessening of competition, (ii) the CMA's findings with regard to market definition, (iii) the counterfactual, (iv) the remedies and (v) procedural flaws.

The UK CAT confirmed the CMA's findings that the acquisition could harm competition and dismissed all of Meta's claims except for one procedural argument. The UK CAT ruled in favor of Meta with regard to the treatment of certain third-party confidential information, thus breaching Meta's rights of defense. The UK CMA is currently conducting its remittal inquiry process.

On June 16, 2022, the UK Business Secretary published the first report on the National Security and Investment Act (UK NSI Act). The UK NSI Act entered into force on January 4, 2022, and introduced a screening mechanism, running alongside the UK merger control rules, to review acquisitions that could harm the UK's national security. The report covers the first three months of the UK NSI Act's operation. 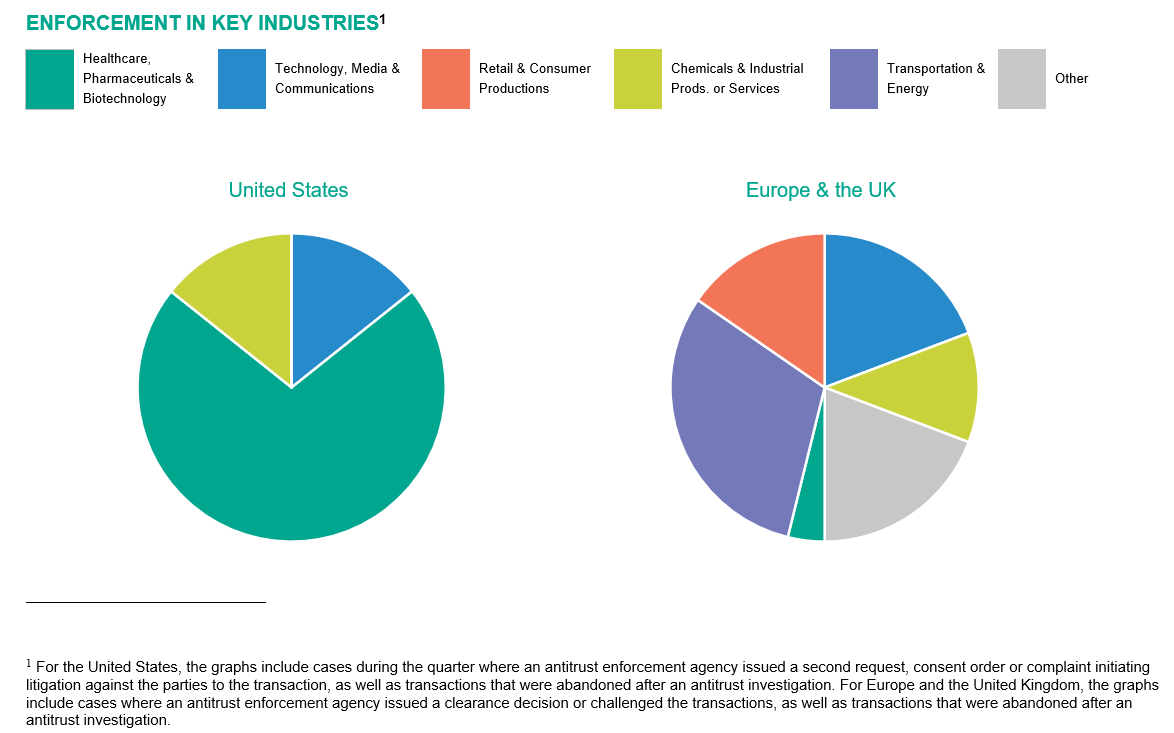 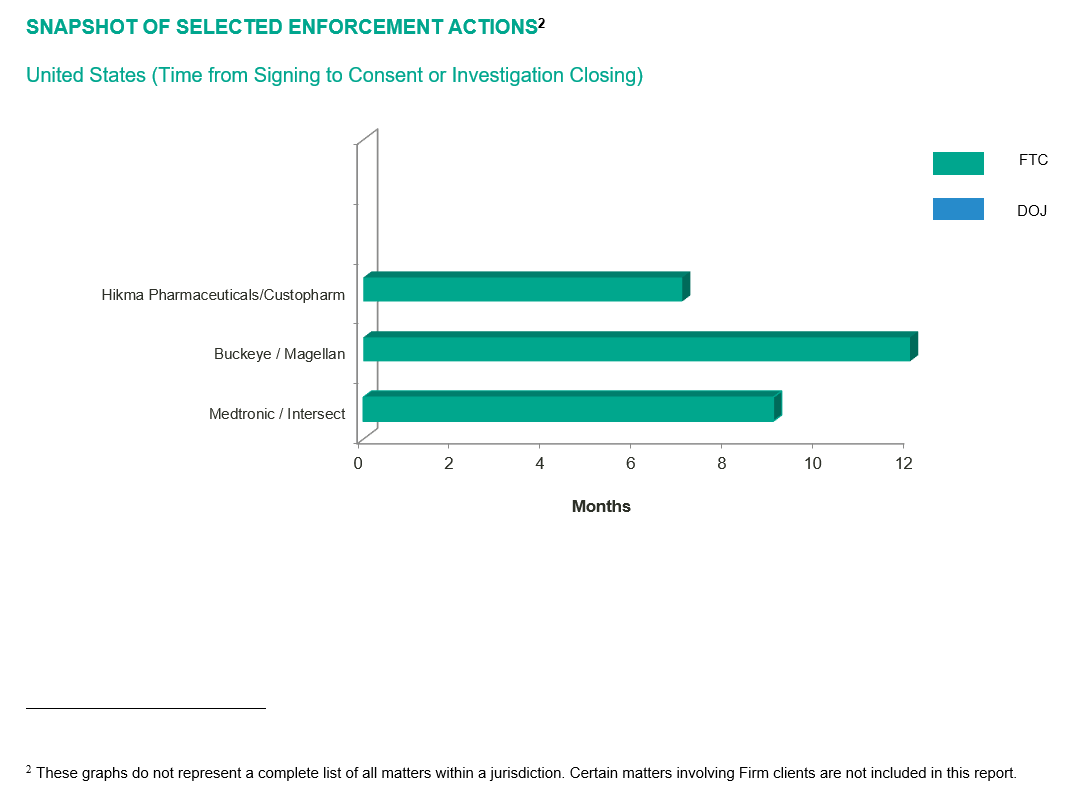 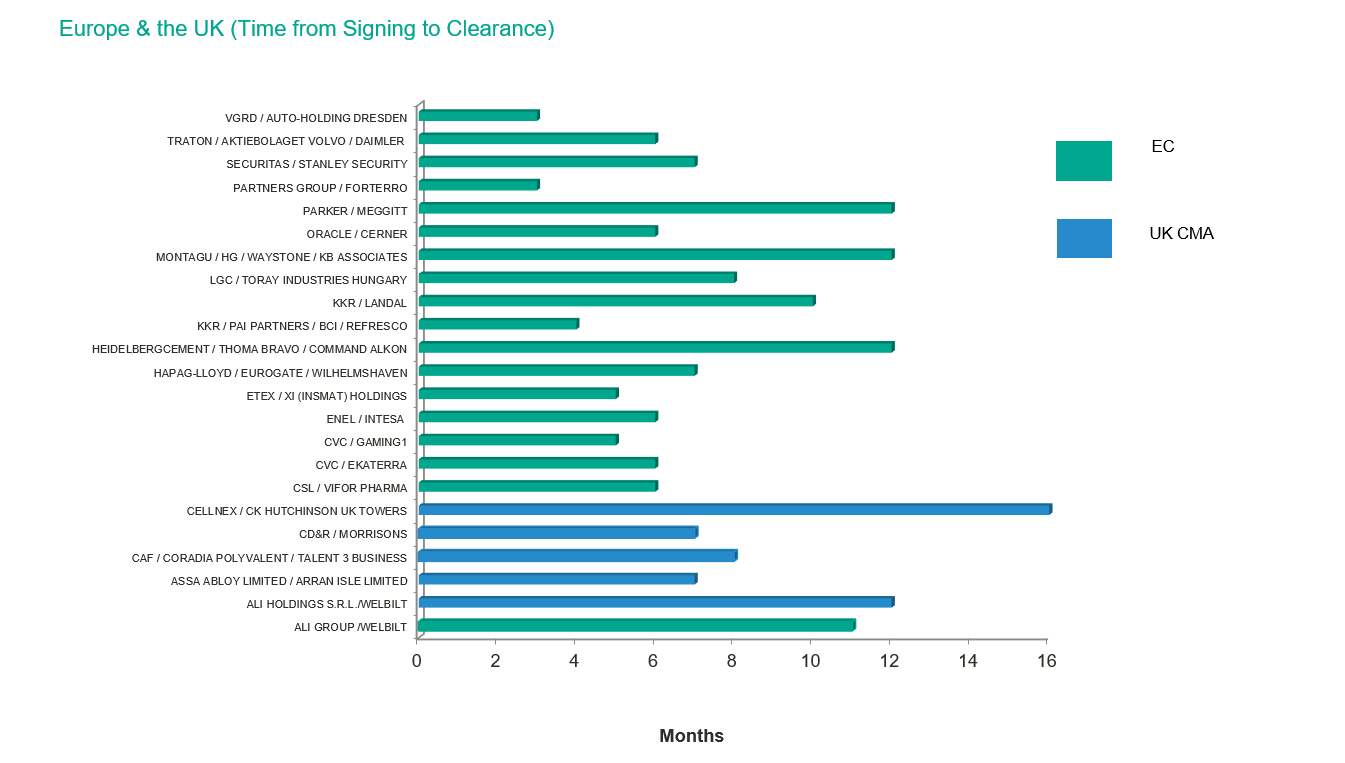 The Authors
View All Authors
More From McDermott Will & Emery

In 2011, global oil company Shell and Italian state-owned oil company ENI struck a deal with the Nigerian government to jointly acquire the license to one of the most valuable oil blocks in Nigeria, known as Oil Prospecting License 245 (OPL 245).

This weekly series provides brief summaries to help you stay in the know on how 340B cases are developing across the country.

Putative class action lawsuits asserting that personal care products and cosmetics are not “green,” “natural,” or “sustainable” despite being labeled or marketed as such are likely to continue to increase in 2023.

On Jan. 23, 2023, the Federal Trade Commission (FTC) approved publication of two separate notices in the Federal Register, one which revises the premerger notification thresholds for mergers and acquisitions under the Hart-Scott-Rodino Antitrust Improvements Act of 1976, as amended (HSR Act), and a second which, for the first time in over two decades, pursuant to the Merger Filing Fee Modernization Act of 2022 (“Fee Modernization Act”) as a part of the 2023 Consolidated Appropriations Act, updates filing fees. Congress first amended the HSR Act in 2000 to require the annual adjustment of notification thresholds based on the change in gross national product (GNP).